Poop: Everything you wanted to know but too shy to ask 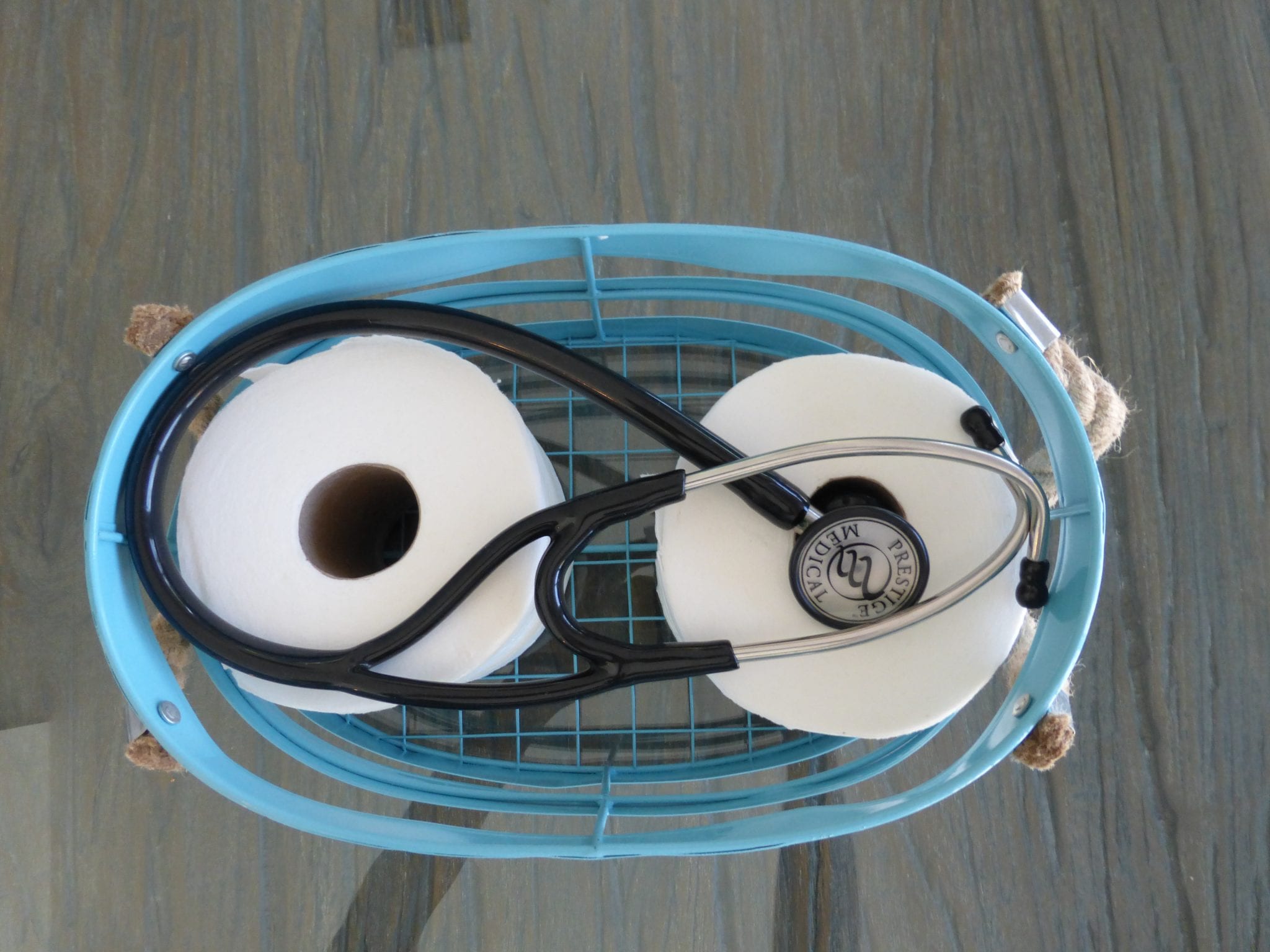 Poop: Everything you wanted to know but too shy to ask

Poop. We all do it. Poop is the end product of the digestive process. It is removed from the body through a bowel movement (defecation). It is mostly water, about 75%. The solid component, about 25% is composed of dead bacteria (30%), indigestible fiber (30%), fat (20%), inorganic substances such as calcium phosphate and iron phosphate (10-20%), and protein (2-3%). Well formed poop is usually solid in consistency. It takes the shape of the colon and is often S-shaped. A well formed stool is denser than water and usually sinks to the bottom of the toilet. Loose stools tend to float more. Poop may float as a result of change in diet (e.g. high fat diet) that produces more gas, infection, or diseases can cause fat malabsorption like celiac disease or chronic pancreatitis. Some mucus in the poop is normal. It is abnormal if the amount is large, if it is persistent or if it is associated with other changes like blood in stool, diarrhea, fever, bloating or belly aches.

Poop never smells good. The bad smell comes from bacteria and gas associated with the breakdown of food.  Certain foods and medications can change the smell of poop. Persistently foul smelling poop can be due to serious conditions like infection, inflammatory bowel disease like ulcerative colitis or Crohn’s disease or malabsorption.

The brown color of poop comes from the action of bacteria on bilirubin. Diseases, food, and medications can change the color of poop. Black stool may be the result of bleeding from the stomach or intestine. Stomach acid turns red blood dark. This kind of poop is usually black and tarry.  Black poop can also be the due to use of iron tablets or bismuth containing substances such as PeptoBismuth®. Certain foods like licorice, grape juice and Oreo cookies can also turn poop black. Red poop can come from food and food colorings like beets, medications like Omnicef or a serious condition like bleeding from the gastrointestinal tract. Bleeding from the small intestine or proximal colon can lead to maroon-colored poop. Food, medications and rapid movement of food materials through the intestine that does not allow time for the action of bacteria on bilirubin can cause poop to be green. Food like milk only diet, medications like aluminum hydroxide and barium or diseases in which the bile flow is blocked can cause poop to be light gray or white.

No two individuals are the same when it comes to the frequency of poop. Frequency ranges from once in 3 days to 3 times a day. Most people poop once a day. Constipation has different meanings for different people but usually involves 2 or more of the following: straining when you poop, lumpy or hard stools, sensation of incomplete evacuation, sensation of blockage in the anus, manual maneuvers to aid pooping like digital evacuation, or fewer than 3 poops per week. Constipation can be idiopathic (unknown cause) or caused by medications, diseases like diabetes mellitus, multiple sclerosis, Parkinson disease, hypothyroidism, injuries like spinal cord injury, diseases that affect the gut, and cancer.

Diarrhea also has different meaning for different people but can be characterized by an increase in the volume or frequency of stool or a decrease in the consistency of stool (loose or watery). It can be acute (≤ 14 days in duration) or chronic (>30 days). It can be functional or secondary to other causes like infection, medications, inflammation. It can be bloody or non-bloody. Eating a wrong meal, eating too much or eating an exotic or unusual meal can give us acute diarrhea. This does not usually last long. Diarrhea can be caused by food poisoning, infections, inflammations, medications, toxins, cancer.

The Bristol stool chart is a useful tool to monitor your stool and detect changes in bowel habits (constipation or diarrhea).

Oily poop can be greasy or fatty. You may see oil droplets or skid mark in the toilet after flushing. The stool is also often foul smelling, pale, and bulky. The medical term for oily poop is steatorrhea. This can happen due to abnormal digestion (break down) and absorption of fat. Common causes of oily poop are chronic pancreatitis,  bile salt (detergent that helps remove fat) deficiency –cirrhosis, primary biliary cholangitis (PBC), primary sclerosing cholangitis (PSC), Crohn’s disease of the terminal ileum, terminal ileum resection, bacterial overgrowth; diseases of the small intestine like celiac disease, giardia infection, lymphoma.

Poop is no longer a waste material. Poop is life.

If bad poop cause diseases; can good poop heal diseases?

Stool transplant or Fecal microbiota transplantation (FMT) is a procedure in which stool or fecal material is collected from a healthy donor, processed, and then transplanted to a recipient.  Stool transplant is the most effective therapy for severe or recurrent Clostridium difficile colitis (C.diff).

Poop now exist in capsule form and may be available as a prescription soon.

So have you pooped today?  What was the consistency? The color? The shape? The effort to get it out? How did you feel afterwards?

For answers to all up your poop questions; click HERE